Energy Valley members are pleased to see the government following up its ambitions with action for offshore wind in the budget for 2023.

A total of NOK 80 million is to be used to strengthen the ministry, basic investigations, impact assessment of new areas and strengthen the competence environment. “In order to reach the goals, we have set for ourselves with power and climate, we must invest heavily in offshore wind” says Minister of Petroleum and Energy Terje Aasland. Photo: Naina Helen Jåma NTB / Kommunikasjon

“We believe the budget reflects a good first step towards accelerating offshore wind to meet climate targets and to transition Norway’s supply chain industry. Aker Offshore Wind, which will combine with Mainstream Renewable Power in November, stands ready to play a key role in developing the Norwegian offshore wind sector and we look forward to the upcoming award of projects at Utsira Nord and Sørlige Nordsjø II in 2023”, says Sebastian Bringsværd, Global Head of Business Development and Head of Norway Region at Aker Offshore wind, and adds:

“We are pleased to see the Norwegian government following up on its 30 GW goal with concrete actions and funding through capacity building and necessary preparatory steps. This is an ambitious goal and will require priority and sufficient resourcing going forward as much needs to be prepared in a short amount of time.” 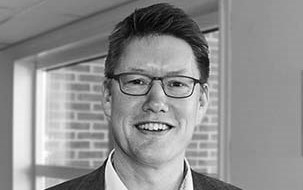 Further, they are granting NOK 5 million to strengthen the competence environment around the offshore wind industry in Norway. They will also increase the authorization for external assistance and case-handling capacity in the ministry.

“In order to reach the goals, we have set for ourselves with power and climate, we must invest heavily in offshore wind. The money we propose to set aside until evaluations for new areas become critical to achieving the ambition of allocating an area is equivalent to 30,000 MW of offshore wind by 2040”, says Minister of Petroleum and Energy Terje Aasland.

“Wind turbines, both on land and at sea, play a key role in the green transformation globally. FORCE Technology is positive for any acceleration of offshore wind development in the Norwegian sector.  A home market will help the Norwegian industry to develop services and products related to offshore wind. At FORCE Technology, we are working to develop new knowledge and technological solutions to support the wind industry today and in the future” says Energy Valley member Alexander Fjeldly, Vice President of FORCE Technology.

Speeding up the development

«In 2023, the first areas will be announced and then it is important that everything is underway to plan the next round of announcements. It is important to provide opportunities for the actors who will be involved in developing Norwegian offshore wind», says Aasland.

In addition, the government has proposed increasing permissions to, among other things, strengthen case processing capacity and streamline the license processing in NVE to facilitate faster development of offshore wind, more efficient licensing processing of power grids, and new renewable energy.

The government has great ambitions for a sharp increase in Norwegian exports up to 2030 and is following up on this, with a green business and export restructuring package Verkemiddelapparatet, with key players such as NORWEP.

NORWEP is important in the export investment to realize the potential for growth within the offshore wind segment when it comes to international sales and exports. The government is granting NOK 34.5 million for NORWEP for 2023.

This is happening at the same time as the world’s largest floating offshore wind farm, Hywind Tampen, is being completed just off the coast of Florø. The project, which has received NOK 2.3 billion in support from Enova, shows that the technology is maturing.

As well as showing that the government’s ambition to allocate land that can accommodate 30 GW of offshore wind production on the Norwegian continental shelf is becoming increasingly important.

“Offshore wind is a central part of the green industrial promise. We brought our ambitions with us into government and now we are following up with more resources to speed up the development progress. With that comes value creation, new jobs, and the green transition”, says Aasland.